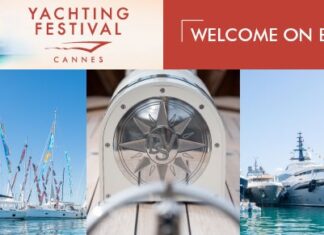 38,536 water sports enthusiasts over a period of four days – 735 exhibitors – 10 per cent increase in boats displayed – young audiences: around two-thirds of visitors aged below 50 and one-third below 30.

Berlin, 1 December 2014 – From 27 to 30 November the eyes of the water sports industry were on Berlin, the venue of BOAT & FUN BERLIN. During the four-day event one of Germany’s leading boating exhibitions for inshore and coastal waters provided a comprehensive display on the subject of water sports and water tourism. 735 exhibitors displayed their products and services in 12 halls, marking a 13 per cent increase over last year’s figure (650). Exhibitors noted that business was ‘good’ to ‘very good’.

38,536 visitors attended the successful opening event, the GALA Night of the Boats, and the subsequent Berlin boating exhibition over a period of four days.

According to figures compiled by the boating magazine BOOTE the number of boats exhibited at this year’s BOAT & FUN BERLIN marked a new record. A total of 581 boats were displayed, 10 per cent more than in 2013 (528), of which 471 were motorboats and 110 were sailing boats.

Werner Mocke, director at Messe Berlin: “Berlin has a history of boating exhibitions that dates back more than 110 years. However, compared to its competitors BOAT & FUN BERLIN attracts extremely young audiences. Around two-thirds of our visitors are aged below 50 and one-third below 30. We are delighted that our efforts to foster enthusiasm for water sports and water tourism among the younger generation have been successful.”

On 27 November a ceremony to honour the winners of the Best of Boats Awards 2014 took place at BOAT & FUN BERLIN. Among the guests from around Europe were representatives of international boat builders and boat designers as well as importers and distributors of the winning boats. The Best of Boats Awards 2014 were presented in four categories, with an independent jury of 11 international boat magazine journalists in attendance. They had previously tested 165 different boats from 18 countries representing the model year 2014. The winner of the Best for Beginners category was the Bayliner Element XL. In the Best for Family category the Award went to the Bavaria Sport 360 Coupe. The Best for Fun category was won by the Yamarin Cross 75 Bow Rider, a boat that is particularly suited to water sports and handles extremely well. The Best for Nature category takes sustainable, energy saving and eco-friendly leisure boat designs into account. This was won by the Designboats Tender 06 Oe and the Torqeedo Deep Blue 80, an electrically powered outboard engine.

This was the third time that BOAT & FUN BERLIN hosted the final of the WAKE MASTERS series. Around 50 professional sportsmen and sportswomen took the opportunity to compete against each other in Germany’s largest special events pool.

As early as the qualifying stages of the Open Ladies category Marie Eleni Grüneberg from Berlin made it clear that despite her young age (13) she would be a strong contender for first place. In the final she performed a spectacular Layout Tantrum and HS FS 540 at the kicker, tricks that neither Nadine Härtinger (second place) nor Tessa Müller (third place) were able to match.

In the senior category (Open Men) an exciting battle for first place awaited. In the end Janick Otto from Berlin won the season finale, ahead of Miles Töller (second place) and Jonas Dobenecker (third place). However, he had to concede overall series victory to Jonas Dobenecker who demonstrated a Whirlybird 540 in Berlin.

Under the heading of ’DON’T BE AFRAID OF THE WATER’ BOAT & FUN BERLIN runs a campaign targeting young people, involving around 40 water sports associations and clubs from the Berlin/Brandenburg region who offer free training sessions in a variety of different water sports for schoolchildren of all ages. In addition, BOAT & FUN BERLIN is also involved in off-season activities. Thus, Using a ‘Rocket’ kit, the youth group members of Berliner Yacht-Club e.V. were given the opportunity to build a dinghy on the new display area entitled ‘Manufactum – Hi-tech vs. Handcrafts’ at the fair. Under the supervision of Aero-vaerft Ralf Peine, Baltic-Yachtbedarf, Boatswraps, Bootslacke Nord, Bootshalle24 and bootsholz.de assisted the randomly chosen youth group members with building the boat. On Sunday, 30 November the finished dinghy was handed over to the club’s youth group.

Unruh Marine, Bernd Unruh: “That was the best fair we have ever experienced in Berlin.“

Müritz-Yacht-Technik GmbH, Detlef Marz: “We have been coming to BOAT & FUN BERLIN ever since the first event and it has evolved in a very positive way. Visitor numbers have increased and people are very interested in the boats on display. Our boats were in great demand at the GALA Night. There was also keen interest in our smaller boats, of which we sold many directly at the fair. Visitors were also attracted to our larger boats.“

Mystraly-Boote, Jan Winkelmann: “There were many visitors on our stand at this year’s fair. In recent years in particular the organisation and service at BOAT & FUN BERLIN has been remarkable.“

Allert Marin, Matthias Fischer (boat salesman): “We met some very interesting people, particularly at the GALA Night. Our customers were very impressed by the show events. We have been very satisfied with the number of visitors every year and have gained lots of new customers.”

Yachtcharter-Heinzig, Jörn Gaeth: “The GALA Night is a great start to the exhibition. BOAT & FUN BERLIN is fantastic for cultivating relations with our regular customers. We were able to gain many interesting and valuable customers.”

Sunbeam Yachts, Björn Eismann: “I am pleased that this year there are even more sailing boats on display compared to last year’s event. The extension to the sailing boat jetty means that more people come to the halls and to visit us on the jetty.“

YACHT Magazine, Jochen Kunzmann: “We were delighted with the sailing boat jetty this year, which was very nicely done and provided berths for even more yachts, and also with the fact that there were more boats overall. We were also pleased with the visitors to BOAT & FUN BERLIN. They included many water sports enthusiasts, something that from a quality point of view was very positive for exhibitors.“

Salomon Boote, Gustav Salomon: “We felt very well looked after at this year’s BOAT & FUN BERLIN, as the service and care provided by the organisers was very good.“

sails & more, Udo Pflüger: “Once again, we liked the GALA Night of the Boats very much. Besides, visitor numbers increased over the weekend, and so we see the fair taking a positive direction. The service and care provided by the organisational team has achieved a very high standard since Messe Berlin began running BOAT & FUN BERLIN.“

Torqeedo, Klaus Peter Werner: “Personally, we are very happy with the way the fair went. As in every year we were able to exhibit our product to very interested visitors and to many distributors. Naturally, we are also delighted at winning the BOB Award in the Best for Nature category. The GALA Night was also very well organised. We were particularly pleased that the many invited guests were able to introduce new audiences who were able to be interested in water sports. That is exactly what a GALA Night like this is about.”

Linssen Boating Holidays, Mirko Deutsch: “After a long absence we were back at BOAT & FUN BERLIN this year. In particular the weekend and the GALA Night went very well for us. Overall, the fair has evolved in a very positive way.”

Steffen Böttcher, MEER-SEEN Wassersport: “My impression of the fair was very positive. I particularly enjoyed the GALA Night. The guests covered a diverse and wide range of people. Our overall impression was that there were more visitors this year. In particular our stand for schoolchildren was very crowded.“

Thilo Trefz, Brand Guides, organisers of the WAKE MASTERS series since 2009: “This was a fantastic season finale with a perfect setup from a technical and sporting point of view. It is always fun to present Germany’s best wakeboarders at BOAT & FUN BERLIN.“ 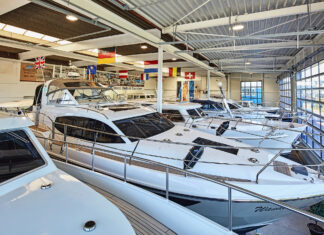 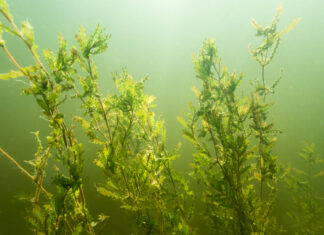 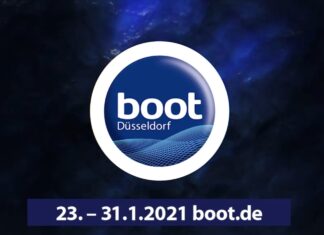 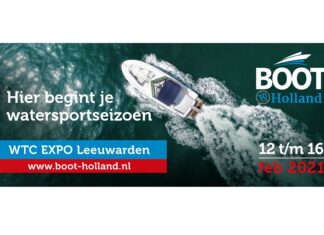 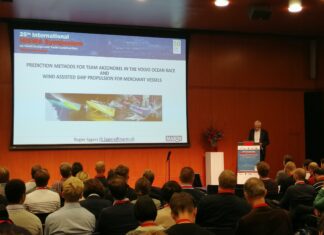 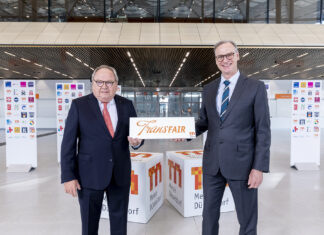 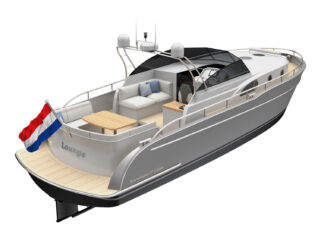 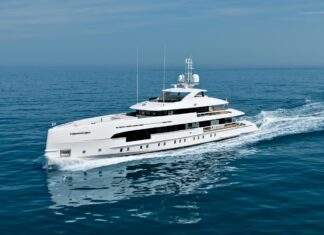 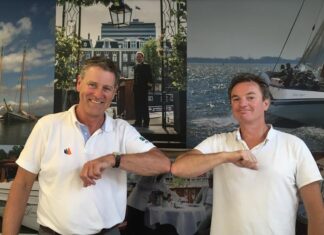 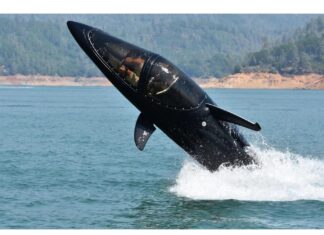 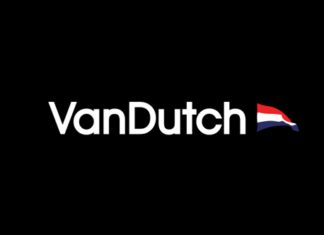 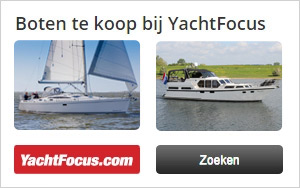